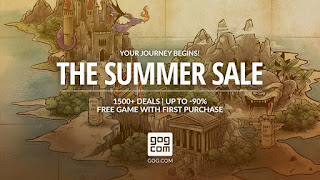 GOG holds a special part in my gaming life for two main reasons:

(1)   the compulsory Steam client is too slow on my very-slow PC; and

Australia gets charged more for electronic goods than anywhere else in the world.  Seriously - iTunes in Australia has about a 50% markup.  Because apparently our internet arrives via camel across the great desert.

I, obviously, hate this with a great great passion.  Enter GOG, which universal pricing.  When I first discovered it, I went a bit crazy - then the summer sale hit, and I went flat out NUTS.  Hence this blog.  I don't know if Steam has something similar, their client drove me insane.

So this year, to keep me strong during my "no new video games" mantra, I've decided to do a top 5 list of games I recommend that are currently on sale.  The rules are simple - I have to have played it, there's only one game from each genre, and it can't be a well-established mainstream smash hit.  We all know that Monkey Island is great, I don't need to say it again.  Some of these are well-known indie smash hits, but if I exclude them too I start "recommending" games that I don't actually recommend.

The Adventure Game - The Last Door

An atmospheric point and click adventure using the Cthulu Mythos, in the pixel art style.  I loved this one.  Its gameplay is atmosphere driven, there are puzzles but they're rarely of the "scratch your head for hours" style.  Don't be put off by the pixel art style - the indistinct shapes really suits the Cthulu Mythos world, where the whole theme is that you don't properly see the world for what it is.

The pixel art can get annoying at times, where it's hard to make out precisely what an object is.  And I think I used an FAQ maybe once or twice.  But it's a unique experience and considering the price, well worth it.

Recommended if:  The phrase "atmospheric story-driven game set in the Cthulu Mythos world" makes you open your wallet.

Not recommended if:  You care mostly about gameplay or graphical fidelity.

The action game - Not a Hero

I played this on PS4, but I'm going to assume the PC version holds up.

A fun irreverent 2D shooter that reminds me of Bonanza Bros on the Master System of all things, but with a lot more death.  Choose your character then work your way through a 2D building with guns, grenades, melee attacks and a cover system.  Don't let that reference to cover fool you - you're encouraged to race through as fast as possible, so you find yourself charging in and shooting enemies before they react instead of trading shots from behind a wall. 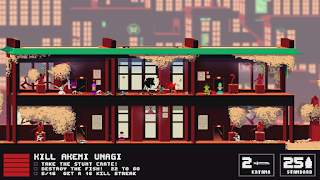 Recommended if:  You're in the mood for a fun little shooter with a sense of humour.

Not recommend if:  You're an anti-video-game-violence person, or you're after something with a bit more gameplay depth. 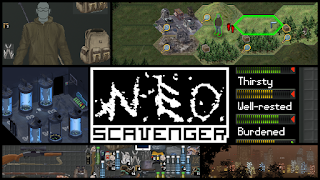 A post-apocolypitc low budget RPG.  Quite unforgiving too, but refreshingly so - it really conveys that in a society where you have nothing, absolutely nothing, scrounging for a plastic bag actually matters.

The fun in this game comes from learning how to survive through its early stages - not just the obvious things like having enough food and water, but how to avoid problems like hypothermia, infection and diseases from unclean drinking water.

There is a plot and endgame here, although it may take you a little while to find it.  There's not a whole lot of signposting in this game about where to go.  You could be forgiven if you played this game for 4 hours and thought it was about nothing more than simply learning how to survive.

Recommended if:  You're into post-apocolpytic settings, you like games with challenge.

Not recommended if:  You prefer more direction with your plot, or games that don't require you to restart a lot before you can get going.

(yes, everyone's recommended this.  But it's still the best of the genre)

Who doesn't want a paperwork simulator??

I was hard to sell on this game.  But it's really clever - and the best example I've seen of how to work moral choice into a game.

You play the border guard at "checkpoint charlie", checking people's papers as they come over the border into a place that totally is not Soviet Russia gosh golly no.  The gameplay is that you're looking through the paperwork to check it complies with a set of ever-changing rules; you get paid per person you correctly process, and you lose money for any mistakes.  And there's a time limit, so you've got to work fast.

You need the money to keep your family alive - you'll be begged by people to let them through, but you'll be aware that if you do, you'll pay out of your meagre salary and your sister is currently dying of starvation. 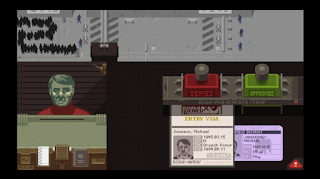 Even if you have a paperwork job, this game is recommended.

Recommended if:  You're interested in probably the best example of moral choice in a game, ever.

Not recommended if:  Games that don't involve shooting people bore you. 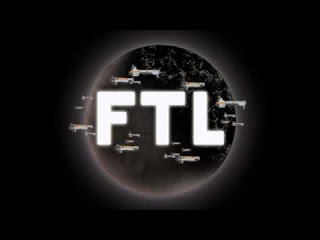 A team-based sci-fi rogue-like.  You control a ship travelling across the galaxy, trying to escape a rebel dreadnaught until you reach the end goal, then try and turn around and try to blast it to bits.

Combat, of which there is a lot, works by you choosing what parts of the opposing ship to fire at, and moving the crew on your ship from room to room, operating equipment, putting out fires, repelling borders or boarding the other ship. 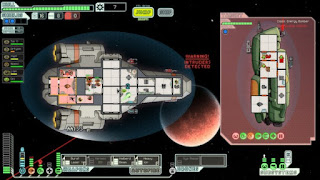 This is a hard game.  You will have to play it quite a bit before you figure out what strategies you need to use in order to win, and even then there's a reasonable amount of randomness, which can feel a bit unfair if you invest a good hour into a game to discover that you can't really win it anyway.

But those parts are rare enough to make this engaging - if you're up for the challenge, this game will keep you coming back for me.  And you can put out fires by opening the airlock and sucking the air out, how cool is that??

Recommended if:  You're okay with investing 1-2 hours into a game, getting to the end, and then being stomped into the ground like dust because you didn't yet know how to prepare for the end boss.

Not recommended if:  The above sentence sounds like hell on earth.

Obviously I'm quite an RPG fan.  I wanted to recommend both Shadowrun Hong Kong and Wasteland 2 but decided against it because I figured that everyone will have heard of them.  But very briefly, here's my rundown of each. 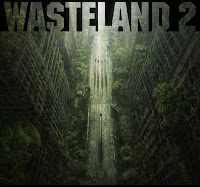 Shadowrun Hong Kong - 3rd game in Harebrained Schemes recent Shadowrun series (Shadowrun being a long-running cyberpunk/fantasy mashup pen and paper RPG).  Quite a streamlined team-based RPG (although you play one particular character) with a strong emphasis on characters.  Recommended if you like RPGs with reading, not recommended if you don't.