For various child-related reasons I couldn't put much time into Ultima IV, so I instead I got into Dust: An Elysian Tail on PS4.

I was half-way through this several years ago, but I finally got around to finishing it.  It was the first PS Plus game I got for my PS4 and so I put more time into it than it really deserved, but anyway...the time came to finish it.  And I did.

There's precisely three things that can be said about Dust:

*  it's a metroidvania;
*  it's a solid metroidvania that adds nothing to the genre; and
*  it has a very silly title.

What on earth is "Elysian Tail" meant to mean?  A game of two-up in the Roman afterlife?  "Dust" is the name of the main character so that sort of makes sense, although that's not obvious until you play it.  The game may as well have been called "Chair:  Valhalla Bunny Ears".

Let's talk about the gameplay in a bit more detail shall we? 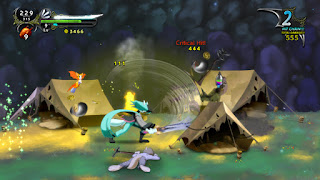 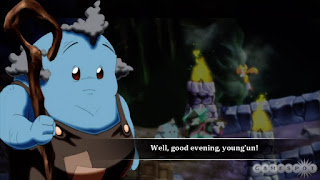 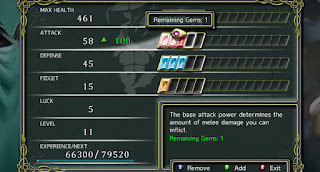 
There's not much more to say.

You play as "Dust", who has woken up with amnesia (an occupational hazard in video games) and must wander from town to town, killing monsters and completing shopping lists of side-quests while slowly piecing together the amazing mystery surrounding your apparent re-animation from the dead.  I guess that's a minor spoiler but if you didn't realise Dust was dead you weren't paying attention.

The game tries to change things up a bit by borrowing brawler mechanics from 2D fighters of yore - you have three attacks instead of Belmont's one, and five combos you can use as well.  But the key term here is the the game "tries to change things up", because if you've played Streets of Rage you'll know that combos alone do not remove button mashing. 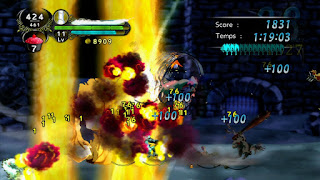 Oh visually it's quite good - it uses a vibrant colour palette and a manga-esque aesthetic that really suits the monsters and the world.  I can see why, when it was my only PS4 game, I sunk about 10 hours into this.  And its characterisation is better than some games (way better than Destiny at least).

But at the end of the day it's just a solid 2D series of fetch quests with some platforming thrown in.  Occasionally that platforming gets quite irritating because it's often hard to make Dust stop precisely where you want him to.  But those bits are fairly minor.

Oddly the only place that, mechanically, the game really shines is in the infrequent challenge rooms - obstacle courses which challenge you to complete them with minimal hits as fast as possible.  Each attempt is scored between one and four stars, and if you get a four star rating you get...nothing actually.  But the challenges are both fun and varied.  And most importantly, they force you to more deeply engage with the game's mechanics.  You suddenly have a reason to learn that combo X allows you to descend faster than dropping, or to really understand the mechanics of Dusts' movement.  Dean Dodrill (who designed the game basically solo, if reports are to be believed) is apparently quite good at platformers - Nintendo should send him a job offer. 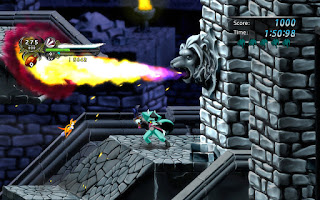 Button mashing will not help.  For a change.

Bottom line - solid metroidvania that will suit fans of the genre, but doesn't have enough mechanical variety to justify more than about 6-8 hours of play.  If you really want a 2D action platformer with RPG elements I recommend Rogue Legacy instead.