August 11, 2017
There's so much I'd like to blog about right now.  I've started playing Wizardry 8, and I've been playing a few mindless "progression quest" games (Diablo 3, and some iPhone endless running games) which I'm enjoying despite myself.

But I'm still thinking about Simon the Sorcerer 2 and the "point and click" style of games as made famous by Lucasarts.

What makes a good point-and-click?  Most of them are mechanically identical, so why are some so much better than others? 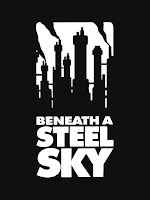 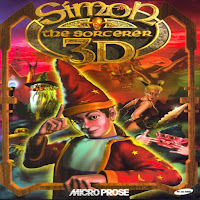 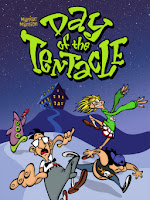 The answer, I think, lies in three key points:

These three points stem from the fact that a point-and-click is essentially a visual novel masquerading as a puzzle.  So if you approach it purely from the puzzle perspective, you'll wind up with a game that isn't actually fun to play.

Bold claims - now back it up.

Mechanically speaking, a standard point and click works like this:
When you look at this process, the importance of my three rules becomes pretty obvious.  Looking at the three rules in turn:

Rule 1 - the player must enjoy receiving the Information

Most of the game is spent receiving Information.  If it isn't interesting, then 90% of the game won't be interesting.  Worse, the player won't pay attention to or will skip the Information required to solve the puzzles. 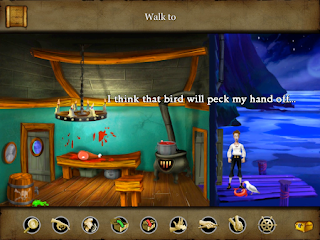 You must move the bird to get the fish.  The bird is sitting on a pier made out of wooden planks.  It's all "Information"

I saw this with one particularly savage review of Deponia (https://www.gog.com/game/deponia), a game I personally liked but was slammed for having obtuse puzzles.  In reality the puzzles weren't hard at all, there were a lot of hints if you used the "look" command.  But that particular reviewer also hated hearing the main character talk - so I'm guessing he clicked "look" on as few things as humanly possible.  So he missed the hints, and he hated the game.

Rule 2 - The Player has to be invested in the Plot

The drive for a point-and-click is "what happens next".  If the player doesn't care, then they have no reason to WANT to solve their current puzzle.  There are no "high scores" in P&C's from the early 90s on - and there was never any phat loot a-la Borderlands.  Your only reward for solving a puzzle is to see more of the story.

I think this was one of the issues with The Dig.  The dialogue was incredibly cliched, which affected people buying into the story. 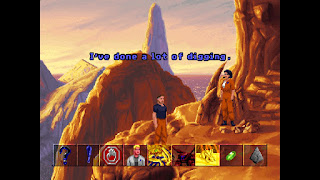 Compare that with, say Resident Evil 1, Devil May Cry or basically any action game you care to mention - the dialogue can be stupidly cliched but often it just doesn't matter. 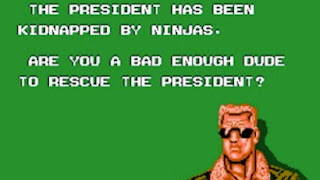 Bad Dudes: in case you're wondering where Destiny hired their script-writers

I'd say it was a bigger problem with Monkey Island 4.  I stalled on that game for years not because it was tough, but because I just didn't care what happened next.

I think this is the most obvious rule for a P&C but also the most misleading.  Because, and this is controversial, the puzzles in a point-and-click are the means to an end, not the end itself.

The puzzles serve to make the player engaged in the game world.  The player pays close attention not only to everything the characters say, but to minutiae you'd ignore in a film (such as book titles and even colour palates), because the player knows they'll probably need it.

The puzzles serve the story - not the other way around.  This is why, when you ask people what they remember about (say) Monkey Island, they invariably say "it was funny".  That is not the mechanics of the game - that is the game world and story.  They remember that Guybrush Threepwood wanted to be a pirate, they probably don't remember how they got the natives to hand over the banana picker.

With most games, people will remember a game's mechanics in detail for years, but swiftly forget all detail about the plot.  It's the exact inverse with a Point & Click.  There is a reason. 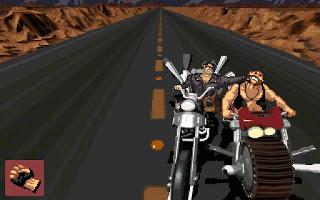 Of course, sometimes people remember mechanics for the wrong reasons.

Putting it all together - what does it mean?
Simply put, I think the success of a P&C really lies with its storytelling.  Telltale Games have nailed this in recent years with (for example) the Walking Dead games, where the "puzzles" are laughably easy compared to, say, Simon the Sorcerer 3D.  But the storytelling is so much stronger that the former succeeds where the latter fails. 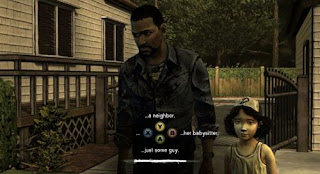 This is a choice, not a puzzle.  But it's more interesting than anything in S.t.S 3D

It's also interesting to think about precisely HOW P&C games have become easier.  It's not just the lack of bizzare-logic solutions (although that certainly helps), it's the ratio of Information to Options.  Take the original Maniac Mansion - you could still traverse the entire house for most/all of the game.  In Monkey Island 1 you get the 3 Act structure, where the amount of Options (and Information) is reset twice during play.  Come to the Walking Dead and the available Information/Options gets reset nearly 10 times per episode.

So where does this leave us?

Just when I thought I'd seen everything.  Just when I was steeling myself for some tedious quests and entry-level loot (probably consisting of arrows) the weirdest thing happened: Wizardry 8 became fun again. Huh. How did it achieve this near-death resuscitation?  Well, oddly enough it did it by cutting some content - specifically, the magic system.  Let me tell you my story... I head to the Mook in Arinka.  Both the T'Rang and Umpani (who hate each other) want me to propose an alliance between them and the Mook, so I'll probably have to pick sides here.  The T'Rang also want me to steal the Chaos Moliri from the Mook. M ook. Not Mook. I decide to side with the Umpani, so I turn up and hand them the Mook the Umpani's offer of alliance.  They open the front door, tell me they accept (because who doesn't make major diplomatic decisions at the drop of a hat) and say I can go look at the Chaos Moliri if I wish.  I then have a brainwave...this